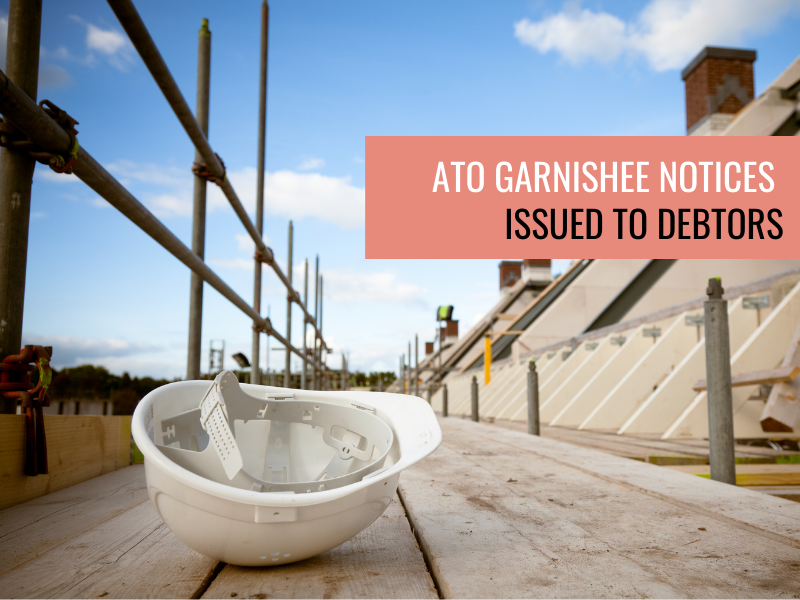 We were previously appointed Liquidators of a large company which operated in the building industry. The company owed around $12 million to the ATO and had been behind in its tax payment obligations for years. And over time the company’s debt to the ATO had slowly increased. The company had over the years entered into over twenty payment arrangements with the ATO, most of which it had breached. To assess the viability of some of these later payments the ATO had asked the company’s accountant to provide certain financial information for the company. This included things like financial statements, lists of creditors and importantly lists of debtors.

When the company defaulted on its last payment arrangement, the ATO knew who its major debtors were because of information the ATO had been provided with. The ATO used this information to issue four debtors with Garnishee Notices. The ATO did not know how much the debtors owed at the time, but this didn’t matter. It turned out two debtors owed the company over $600,000 each and two owed about $300,000, which they had to pay to the ATO.

The Garnishee Notices also provided the ATO with a “charge” (a form of security) over the debts owed to the company which meant the ATO became a secured creditor.

Once the ATO had issued these Garnishee Notices, the company lost all ability to pay its staff and other expenses and shortly after the notices were issued, the company was placed in liquidation.

Dealing with the Risks of Garnishee Notices

Other Types of Garnishee Notices

If you wish to discuss this article, or your circumstances, please don’t hesitate to contact Pearce & Heers Brisbane or Gold Coast office and our experienced staff will be able to assist you.