When Is Liquidation The Best Option For Your Company? 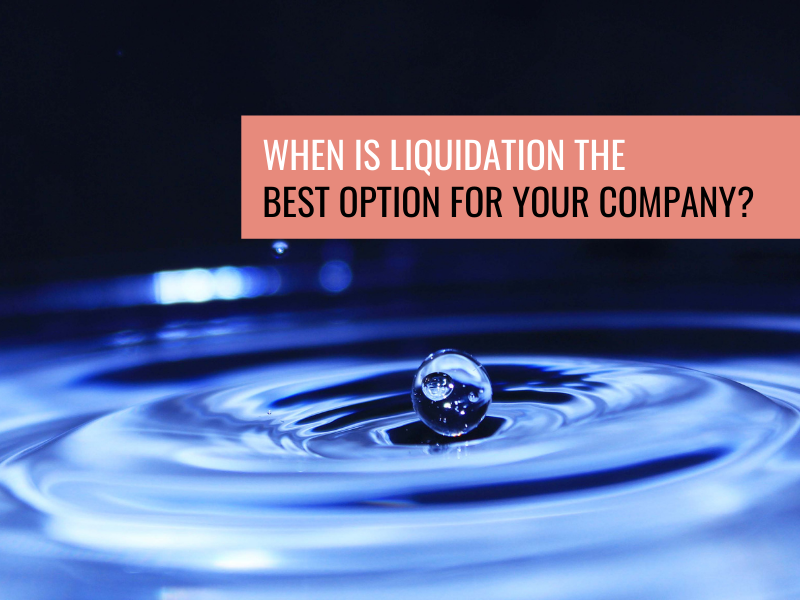 With many businesses suffering from the financial impacts of Covid-19 and JobKeeper payments ending, a number of companies will end up insolvent. The directors of these companies need to consider the options available to them, including whether or not to liquidate their company. However, there is a certain stigma attached to liquidation and a misconception as to its effects. But, is liquidation necessarily bad? Should you avoid liquidation at all costs? Or can liquidation actually be the best thing for your company?

This article looks at the key issues of company liquidation, including circumstances where it is beneficial for a company to be placed in liquidation.

There are two common ways to start the process of liquidating a company:

Further information in relation to liquidation can be found in our Liquidation FAQs.

When we meet with a client we will discuss and consider all viable options with them including, if feasible, how they can avoid liquidation. However one of the options often considered is also liquidation. But over the years we have found there are certain misconceptions regarding liquidation and what will happen. Some of these misconceptions are set out below and a further explanation can be found here:

There are, however, a number of benefits of appointing a liquidator to a company, including:

Example – When Liquidation was the Best Option for a Client

We were previously referred a client after his company had been served with a winding-up application for tax debts owed to the ATO. The company provided security and crowd control services and owed a large tax debt. When we were engaged, we were also informed of the following:

Our client initially did not want his company to go into liquidation and wanted to avoid liquidation at all costs. However, we explained to him what the impacts of liquidation would be and also our assessment of how unlikely it was that the company could ever trade out of its current position.

In this case, it was simply more sensible to allow the client’s company to be placed in liquidation. Not only were there no assets of value in the company (other than debtors), the business had high levels of debt and there were limited or no barriers to entry in the type of business the company carried out. It was simply more practicable to start afresh with a new company and take over the operations of the old business, once the liquidator made the decision he did not want to trade the old company’s business or seek to sell it.

If you’re considering placing your company in liquidation, or wondering whether there are other options available to you, we can help. Please contact us and we will be able to advise you on the available options, and if necessary guide you through the liquidation