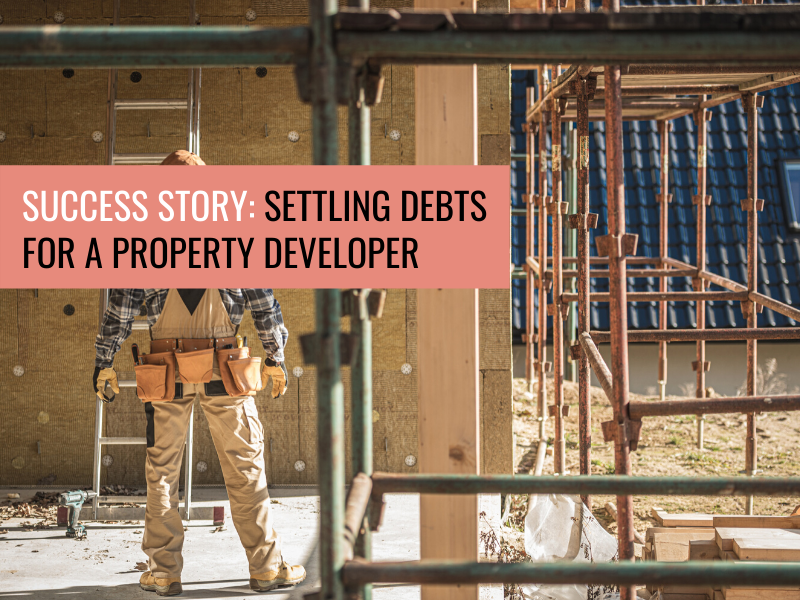 We were recently referred a client by his accountant. The client had two companies which had been involved in property development. The two companies owed significant amounts to creditors that they could not pay.

Our client did not want to place the companies in liquidation, as he believed it would have affected licences and banking facilities held by other entities. So, he decided to engage us to negotiate settlement arrangements with creditors to avoid the companies being placed in liquidation.

Course of Action and Offers to Creditors

After we were engaged by our client we wrote to creditors and provided:

The companies’ creditors accepted the offers made. Each creditor received approximately 26 cents per dollar for debts they were owed. And while this did not result in debts being paid in full it was actually a better return than liquidation, where creditors would have probably been paid nothing.

This was also a good outcome for our client as it meant that his two companies avoided liquidation and risks associated with licence and banking facilities held by other related entities.

Pearce & Heers is here to help with advice, assistance and solutions to overcome financial difficulties to help you overcome the financial effects of coronavirus. So, please get in contact with us for a free no obligation initial consultation.