Building company liquidation: Will you lose your building licence? 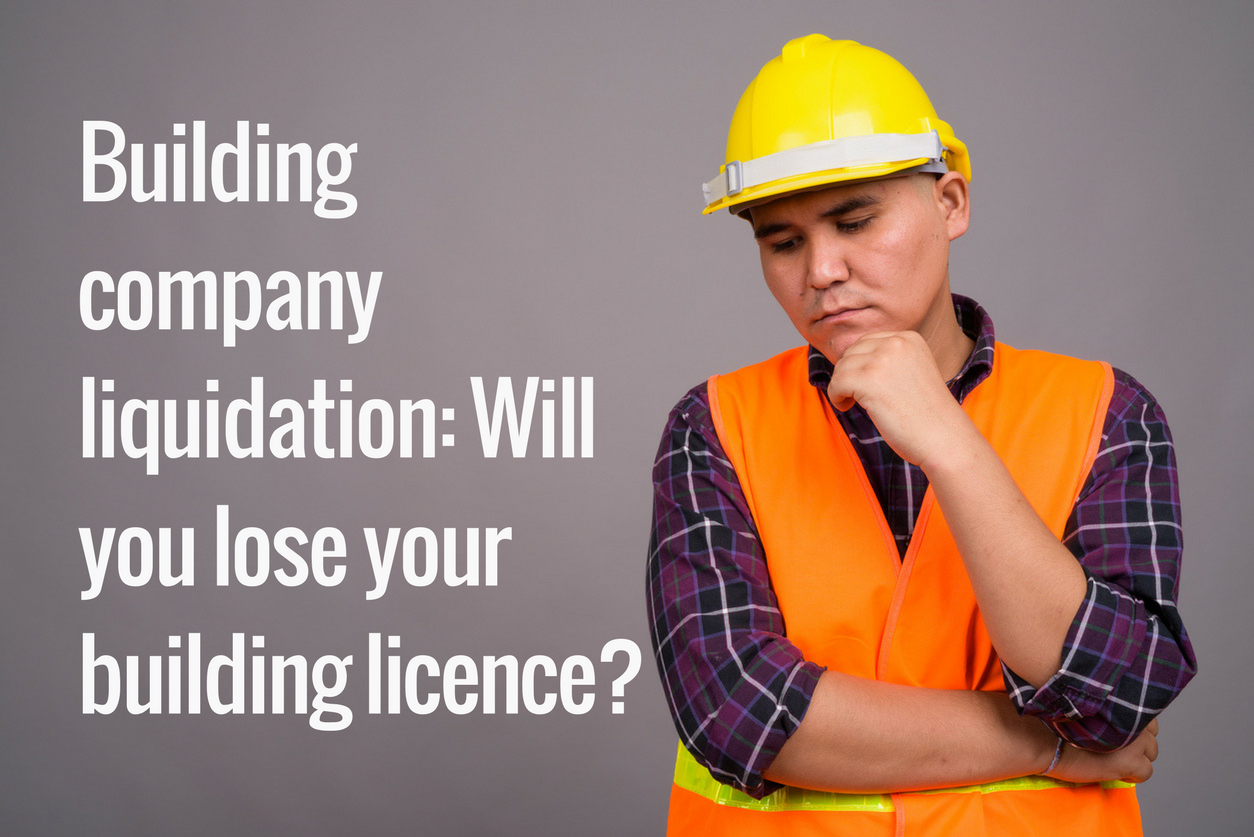 When a Queensland-based building company is placed in external administration (such as liquidation or voluntary administration), the company’s Queensland Building and Construction Commission (QBCC) licence is generally cancelled immediately.

But with a building company liquidation, who exactly within the company does this exclude from holding a licence and practicing their trade?

As a result of a building company liquidation, the company’s director, licence holder, and potentially certain other parties associated with the company will suffer certain QBCC sanctions.

This is because under the provisions of the Queensland Building and Construction Commission Act 1991 (Qld), a person will become an “excluded individual” if they:

If you become an “excluded individual”, you will be excluded from holding a building licence or being able to control or be a shareholder of a company licenced with the QBCC for three years.

If two or more exclusions occur, the QBCC can exclude you from holding a building licence or controlling a QBCC licenced company for life.

However, if the two events are related (such as two related companies being placed in liquidation), or a person becoming bankrupt as a result of a building company insolvency, the lifetime exclusion may not be applied.

Building licence suspension: Who is an ‘influential’ person?

You are an “influential person” if you are not a company director but are in a position to control or substantially influence the company’s affairs. You may be a shareholder with a significant shareholding, for instance or a very senior manager of the company.

Beware: on one matter where we were appointed liquidators, the QBCC made three people “excluded individuals” on the basis that they were directors of two corporate shareholders of a building company that went into liquidation. So it is apparent that the QBCC takes a wide view of who may be an “influential person” and who may therefore be excluded.

Excluded individuals: Can you appeal?

You are not entitled to appeal the QBCC’s decision to make you an “excluded individual” unless the exclusion is on the basis that you are an “influential person”.

If you are deemed to be an “influential person”, you can lodge an internal appeal with the QBCC or appeal to the Queensland Civil and Administrative Tribunal (QCAT) within 28 days.

If you take the former route, it is suggested that you also lodge an appeal with QCAT within the 28-day timeframe so that, if the QBCC rejects the internal appeal, it is not too late to appeal to QCAT.

How can you minimise the risk of people associated with a building company losing their licence?

Given the problems associated with becoming an “excluded individual” and the broad approach the QBCC seems to be taking when determining who is an “influential person” for a building company, accountants need to be careful when setting up companies.

Having parties not substantially involved in the business listed as directors, secretaries, or shareholders (or even directors of corporate shareholders) increases their risk.

In the worst-case scenario of a building company liquidation, a person involved in the company in only a minor capacity will not then be deemed an “excluded individual” by the QBCC; this will remove the risk of unnecessarily losing their QBCC licences.

Pearce & Heers specialises in assisting and advising directors of companies in the building industry. If you’d like to talk about your own circumstances, don’t hesitate to get in touch with us.