Deep in bank debt? Why bankruptcy isn’t always the answer 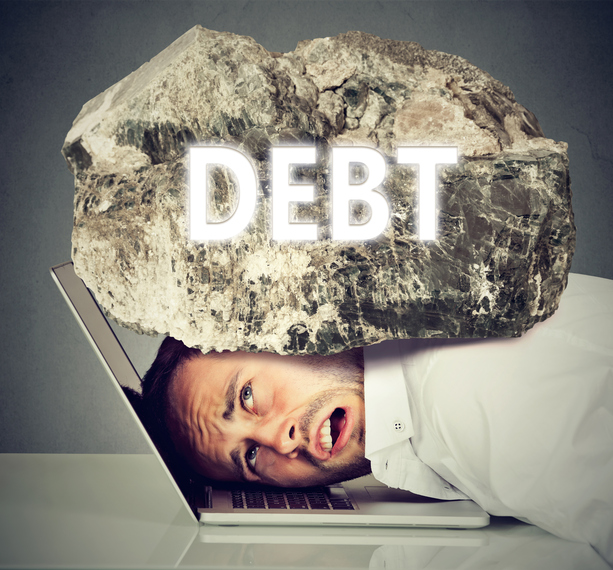 It’s a common occurrence. We have clients referred to us who owe large debts – sometimes several debts – to a bank and they’re simply unable to pay them.

How does this happen? Some of the reasons we come across most often are:

1. The client has guaranteed a debt owed by a company which has gone into liquidation. Often the liquidation process means the lending bank will not get paid in full, even if the bank has security over the company’s assets. This can result in a large shortfall to the bank, which the directors will be required to pay under personal guarantees.

2. The client owns properties which are worth less than the mortgages, or has sold property at a loss resulting in a shortfall to the bank. We have recently seen an increase in the number of these cases from the mining regions, where property prices have significantly declined. For example, the median house price in Moranbah, Queensland dropped from $750,000 in 2012, to just $160,000 in 2016.

Often, individuals who owe large debts to a bank and are unable to pay will opt for bankruptcy. This generally means the person is released from their debts, but also has to deal with the negative consequences of bankruptcy and the long-term effect it can have on their credit rating.

What else can be done?

We regularly assist clients in these predicaments. Often they believe bankruptcy is their only option. But in some circumstances, there are alternatives. It can be possible to negotiate a settlement arrangement with the bank rather than going down the path of bankruptcy.

Every case is different, but if a debt settlement is possible the approach we usually adopt involves providing a bank with a full summary of the client’s financial position, often with a comparison estimate of the return to the bank if the client goes bankrupt. That said, the settlement offer also has to be manageable for the client, so they don’t end up having to fall back on bankruptcy or potentially other types of formal insolvency arrangements to avoid bankruptcy which will affect their credit rating.

Success stories from our clients

Our client had bought two investment properties in Moranbah in 2012 for over $1.2 million. He could no longer afford the mortgage repayments when the rent being received for the properties halved between 2012 and 2016.

We arranged for the client to hand the keys back to the bank. The bank then sold the properties for about $160,000 each. Upon the properties’ sale, the bank suffered a shortfall of over $850,000.

The client had $32,000 in the bank. If he had declared bankruptcy, he would have had to pay that amount to his trustees along with about $55,000 from his income over the next three years.

We approached the bank with an offer of settlement which we believed would result in a better return to for the bank compared to bankruptcy. After some negotiation, the bank agreed to accept $57,000 to settle a debt of over $850,000, with $25,000 of the settlement amount to be paid up front and the remaining $32,000 to be paid by instalments over two years.

We worked with a client who owed over $1.5 million to a number of creditors as a result of a failed business venture, as well as shortfalls suffered on a number of property sales.  The client was referred to us by his accountant who had recommended he go bankrupt.

Upon us reviewing the client’s financial circumstances we identified that:

1. His major debt was $1.25 million which he owed to one of the major banks

2. He had limited personal assets which would be able to be sold in bankruptcy; and

3. If he went bankrupt there would be little or no return to creditors

The client was able to borrow some funds from family members and on his behalf we proceeded to make offers of settlement directly to creditors, based on the fact that if the client was made bankrupt, the creditors would receive little or no return.  We focused our efforts on settling the $1.25 million debt owed to the major bank first, as settling this debt would lead to better prospects of resolving the other, smaller debts.

We put an offer to the bank and carried out negotiations with them and they subsequently agreed to accept an amount, which was less than $70,000, compared to the initial debt of $1.25 million. Once this settlement was agreed to, the client had the best possible chance of arranging settlements with remaining creditors, which totalled approximately $250,000.

How we can help you

In each of the above cases, we were able to come to an agreeable resolution which offered a better outcome for the creditors and helped our clients avoid bankruptcy altogether.

So if you need help getting out of a tricky financial situation like the two clients mentioned here, contact us and we’ll do our best to negotiate an arrangement to help you avoid bankruptcy.