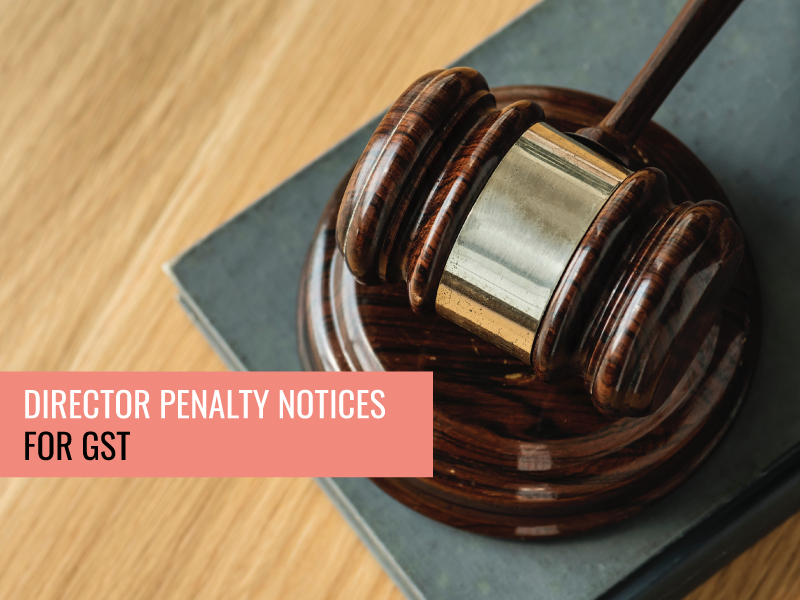 This article has been updated to reflect recent developments.

In July 2019, the Federal Government introduced the Treasury Laws Amendment (Combating Illegal Phoenixing) Bill 2019 to seek to introduce GST Director Penalty Notices.  The legislation has now been passed by both houses of Parliament and will likely commence operation from 1 April 2020.

The legislation amends director penalty provisions so that Director Penalty Notices can be issued for GST, as well as Luxury Car Tax and Wine Equalisation Tax. As most businesses are liable for GST, this article focuses on the amendments as they relate to GST.

A company must lodge Activity Statements and pay GST by required due dates. Previously the only recourse which the ATO had if a company failed to pay GST was to take action against the company itself. This included issuing a Garnishee Notice (commonly to a company’s bank) or commencing action to liquidate the company.

However, when, the ATO will now be able to issue Director Penalty Notices for unpaid GST from 1 April 2020. The notices will apply in a similar manner in which they apply to PAYG Tax. The effects of this will be that:

If your company has a tax debt, you should urgently seek advice about your and your company’s circumstances. So please contact the Pearce and Heers’ Brisbane or Gold Coast office for an initial, obligation free consultation.