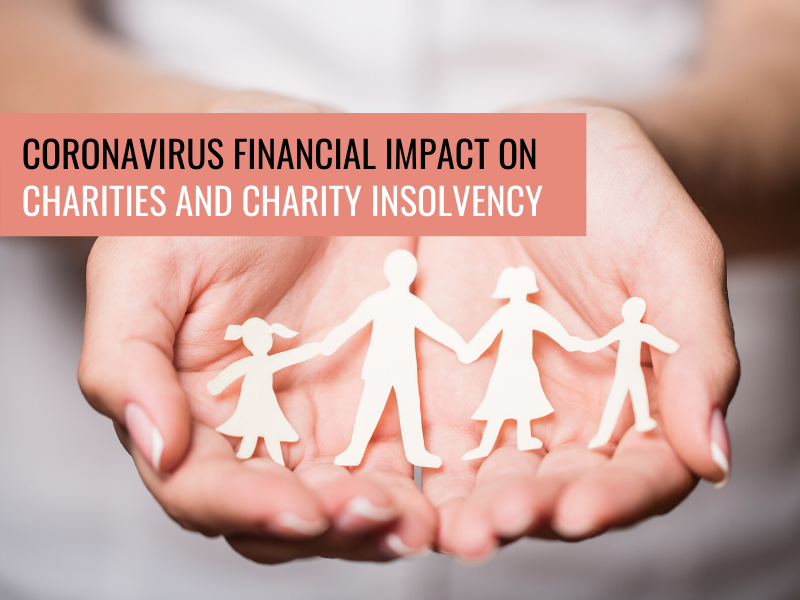 Since the economic impact of coronavirus (COVID-19) hit in March and April 2020, many companies have relied on JobKeeper payments and the deferral of debts by banks, landlords and financiers to avoid insolvency. This includes numerous charity organisations that have seen significant declines in revenue.

In fact, a report released in early June 2020, by Social Ventures Australia and the Centre for Social Impact forecasts that 17 per cent of charities are at risk of collapsing once JobKeeper payments and debt deferrals come to an end, with more than 200,000 jobs at risk.

When is a charity insolvent?

A charity is insolvent when it is unable to pay all of its debts, as and when they are due.

There are various matters which need to be considered to determine if a charity is insolvent, however, some common indicators of insolvency include that the charity:

What should an insolvent charity do?

Directors of a charity, which may be insolvent, need to get advice about their options. The first option for an insolvent charity is always to seek to enter into settlement negotiations with its creditors. This may include seeking to negotiate a payment arrangement with the ATO and rent reductions, settling loans, finance debts or larger amounts owed to trade creditors.

If a charity is unable to resolve the debts it owes, then the only options are:

If an Administrator is appointed then it may also be possible to put a proposal to creditors for a Deed of Company Arrangement to compromise their debts.

What are the risks for directors of insolvent charities?

Directors of companies that operate charities need to be careful about risks associated with a charity becoming insolvent and potentially with a liquidation or voluntary administration. The risks to directors include:

The best thing a director of a charity can do to minimise the risks associated with a charity’s insolvency is obtain professional advice at an early stage. In doing this you can discuss the financial position of the company trading the charity with a qualified professional and consider risks associated with the charity’s continued trading and/or insolvency.

If your charity is insolvent, or may become insolvent in the future, we can help. We can provide advice on the options available and the risks for the directors of the charity. So, get in contact with us today for a free no obligation discussion.