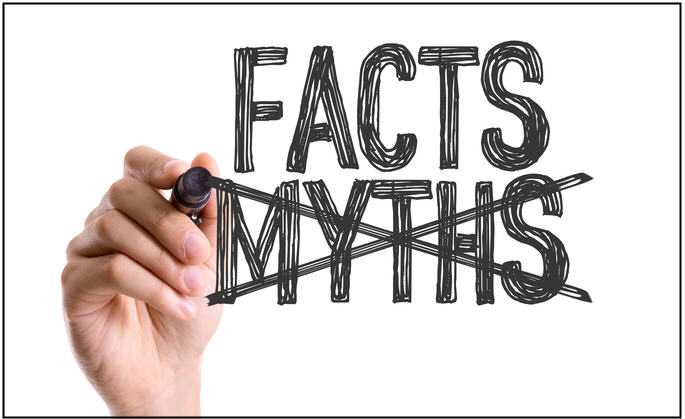 Liquidation may have serious consequences for you and your company – but you owe it to yourself to make a decision whether to liquidate a company based upon the facts rather than the many myths that abound about liquidation.

Directors often hold off taking action to deal with a company’s insolvency because they believe the myths about liquidation and they are concerned about the potential impact a company liquidation may have.

Below are seven of the most common liquidation myths – busted!

False, but there are some things to be careful about. Your company going into liquidation doesn’t necessarily mean that you will go bankrupt personally.

A company is a separate legal entity from its directors and therefore, as a director, you are not automatically liable for a company’s debts.

However, there are a number of exceptions:

2. You won’t be able to get finance if one of your companies go into liquidation

False in most circumstances. Company liquidation may affect a director’s ability to obtain finance or a related company obtaining finance.

However, in general, banks will still lend in these circumstances.  There are also various finance brokers who specialise in arranging finance for companies or directors who have been refused loans as a result of a related entity going into liquidation.

3. You can’t be a director of other companies if one goes into liquidation

False. If you’re a director of a company that goes into liquidation, you’re not automatically banned from starting new companies in the future – or from being a director of existing companies.

However, if you have been a director of two or more companies that have gone into liquidation in a seven-year period, ASIC may ban you from being a director if there have been instances of misconduct prior to the liquidations of your other companies.

4. You can’t pay creditors after liquidation

False. Sometimes, directors will want to pay certain creditors after liquidation so that they may continue to trade with them via other entities.

There is nothing wrong with doing this and any post-liquidation payments made by third parties cannot be recovered by a liquidator.

5. The ATO gets paid first

The only exception is that the ATO is responsible for collecting unpaid superannuation owed to employees, if the superannuation is not paid within required timeframes.  The ATO collects this superannuation as Superannuation Guarantee Charge (“SGC”) and this is considered a priority debt in the liquidation; as such, it will be paid before debts owed to ordinary unsecured creditors, such as trade creditors and suppliers.

6. Creditors will harass you during the liquidation process

False. Once liquidation has begun, creditors should not contact the company’s director(s). The liquidators and their staff will be responsible for dealing with creditor enquiries and they will promptly issue a report to creditors.

Additionally, creditors cannot recover their debts directly from a director unless they have a personal guarantee.

7. A pre insolvency advisor can arrange a friendly liquidator

False. There are numerous unqualified and un-regulated people providing pre-insolvency advice to directors of companies in financial difficulty.  Often these pre-insolvency advisors will charge a large fee and they will promise that they can arrange a friendly liquidator.

However, all liquidators have to act independently when appointed to a company and they must carry out their duties in accordance with the Corporations Act. Therefore if a friendly liquidator is promised to you, you should seek advice elsewhere.

If you’re considering placing your company in liquidation, don’t be confused by the above myths and seek professional advice about all the options available to you.  Please contact us  and we will be pleased to help you.